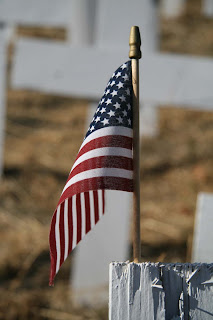 God bless Doc and all our fallen brothers. May they rest in peace and honor.

Thanks, Ben, for sharing this story of an extraordinary man.

Zemar Roberts or as I called him Chocolate Bear (CB) will forever be in my heart, mind and memories.

This was a beautiful article written about a wonderful person who touch so many lives. Z was one of the best blessing of my life. He came into my heart and home at the age of 14. I "grew" that boy into a man. His life was filled with strife but you would have never known it. He set high goals for himself and was never satisfied with failure as failure was never an option. His heart was pure and he always had a smile and a crazy antidote to share. He called me Mama (by another Mother) and his unconditional love was a true gift. He was my son and I have a huge hole in my heart. Rest in Peace baby. I'll always love you.

This is a true tribute and representation of a wonderful human being. Whether you knew him a day or a year or a lifetime, he left his beautiful footprint in your life. He will be forever missed.

This was my best friend, and he will truly be missed. I dont understand why he left this way, and maybe he didnt want me to, but to know him is to love him, and I'll love him forever!!

Zemar was classmate of mine and was always happy!! He had so much energy from the time our classes would start until the time our school day ended. I know he had endured much in his life at a young age, but he never let that bring him down. Instead, he'd take the negative and turn it into the positive. I hate that his life ended in such a tragic way, but you are lucky if you ever had the pleasure of meeting him. He will be forever engraved in your mind and heart. Classmate '02

I still think of Zemar often. Memories of him pop into my head at the most of random of times...it's bittersweet to remember someone so loving and funny who is now gone. I know he is resting in peace, but he's surely not forgotten here.